What is a memory? Memory is an ability to retrieve information in some time.

Formation of the memory includes different processes including encoding, analyzing, storing, recalling, retaining of the information etc. Each person has a short-term and long-term memory, but there are also numerous memory types differentiated by scientists. Depending on how we perceive information, how we memorize it and under what circumstances, for what period and how important it is memory is divided into various types. Even the state of organism influences our memory and today we will consider how it happens.

There are different types of memory differentiated by the scientists. One of such types is known as a state-dependent memory or learning. This is a phenomenon according to which an individual can retrieve the memories in the most effective way when he is in the same state in which he was memorizing this information. By using the word “state” it usually means the state of consciousness, so this term can be applied only to the internal environment of the person.

One of the first scientists in the history, who has clearly described state-dependent memory, was John Elliotson in 1835. He described a porter in his book “Human Physiology”, who managed to remember his past actions under alcohol intoxication only after he had drunk again and this situation repeated for several times.

Scientists have proved that many factors affect our memory, especially the process of memorizing. That is the reason why such factors have become an issue of interest and researches. Apart from the environment memory can be greatly influenced by the physical state of the organism and later it becomes more difficult to recall this information in any different state. This fact attracted many scientists, who decided to prove it in an experimental way.

Different researches have prepared various states for their participants. Lowe in 1982, for example, conducted a research on people, who had previously consumed alcohol. Pearce et al exposed his participants to pain. In 1990 he made a conclusion that people, who suffered from pain before memorizing and recalling could remember more words than those, who felt the same pain while learning or retrieval.

In 1998 Miles and Hardman asked two groups of their experiment participants to learn a list of words. The first ones had to do that at rest, while another group was memorizing words doing aerobic exercises. The results were astonishing: the members of both groups managed to remember more words recalling them in the same state in which they learned them. The scenario and result were similar during the research of a group of scientists in 2001, but their participants’ state of consciousness was influenced by fear.

An interesting article on the both positive and negative influence of marijuana was written by Russell Eisenman, a Ph.D professor in 2003. He explained the influence of this drug focusing on his own experience. Once he had a situation when he was driving a car on the freeway under the influence of marijuana and was terrified by another car that almost crashed into his one. This even resulted in the phobia of busy motorways and how much he didn’t struggle to overcome it, he couldn’t. Discussing this problem with Charles Tart, a researcher in the areas of consciousness, he explained that it was an example of state-dependent learning and offered a professor to get rid of the phobia being high on marijuana. The only problem is that professor refused from the drugs forever and would rather live with phobia than experience that detrimental influence of marijuana. 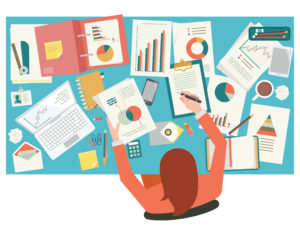 Of course, these results can be applied to studying process in order to improve its productivity, but there is one little problem – how a teacher can change the state of pupil’s consciousness?

Many teachers nowadays, who deal with high school students, face the problem, when they come to the educational establishment either drunk or under the influence of drugs. It is natural that we do not speak about the state when these students can’t even sit straight. “A sip of alcohol or one marijuana cigarette will do no harm,” say many youngsters and can allow themselves to sit at the lessons in these states. According to the researches, if such students have remembered something from their lessons, it means that for them to recall this knowledge they must come to school at the same state as they did before. It is nonsense!

Another astonishing idea that may cross people’s minds is cramming for an exam. Some students start doing that after long-term parties and night walks with friends. Being hungover they start reading the material right before the exam date and what the result we get – if a teacher wishes so that a pupil could retrieve learned by him material, he should allow him to come to the exam in the same state – with a good hangover!

Of course, both these examples can be hardly influenced by teachers and shouldn’t be promoted among students, but there are also examples of states that do not depend on pupils. For example, getting ill right before the exam and complete recovery until that day may result in poor grades and bad memory of the pupil. All this is because your brain had to work in more difficult for it conditions and requires them to retrieve the information. Such theory can be useful for pupils as it supports the idea of having several assessments of students’ knowledge as the productivity can be different on particular days.

Influence of alcohol and drugs on memory

Undoubtedly, there will be people, who will justify their use of alcohol and drugs using the information mentioned above. Only imagine – I have a better memory and can consume alcohol regularly to show off incredible results! Of course, that is far from being the truth as state-dependent learning only explains the facts, while other researchers have already proved that both these substances have a very detrimental effect on our memory and organism. According to the study alcohol and some drugs produce memory impairments that increase in correspondence with the dose consumed. There are also certain circumstances according to which both these substances can completely block the ability to memorize and this impairment type is called a blackout.

Memory is a very important aspect for successful studying. Parents try to develop the memory of their children since their early childhood, but there are many factors that influence our learning and retrieval of information. One of such things is the state of our consciousness that can be both advantageous and detrimental for our recollections.

Scientists have proved that people with the changed state of the organism can successfully recall learned data only being in the same state, but their memory is rather poor if they have to remember what was learned under the influence of health issues or some substances. Moreover, any substances that change our consciousness kill our brain cells and deprive each of us of the ability to memorize well. But this research has some positive conclusions as now it is apparent that students should prepare their organism for learning and being in a good mood while learning and at the exam can be a powerful tool to get an excellent grade and retrieve information easily and quickly. This data must be taken into account by teachers and their task is to pay attention of their pupils to the best learning techniques and possible mistakes to be avoided.

Cell Phones at School: Should They Be Allowed in the Classroom?
Fun Activities for the Classroom Christmas Party
Thank you for subscribing!

One thought on “Bad Memory or State-dependent Learning?”