The term “plagiarism” has not existed till the 19th century, so it was quite difficult to accuse any writers of this crime. But now, when it is one of the most important issues in writing it is obvious, who cheated and presented works or ideas of other people as their own. Let us meet top 10 great people from our history who can be charged for plagiarism according to modern laws and did become famous due to their based on other people’s works creations. 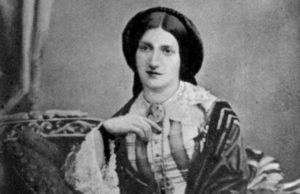 Miss Beeton has become famous due to her piece of writing called Book of Household Management. In reality, it is a simple book of recipes that has attracted thousands of readers with a great list of dishes on over 900 pages. In this book, the author is represented as a professional in both medicine and legal cases. In some time, Isabella was charged by critics for stealing the most part of her recipes from Eliza Acton’s and Florence Nightingale’s books. The point of accusation is not only the similarity in content, but also Beeton’s carelessness as she even has not changed the voice gender and trying to paraphrase the plagiarized pieces she made numerous silly mistakes too. Even after Isabella’s death her husband continued to deceive audience by republishing the book and keeping secret about her to pass away. 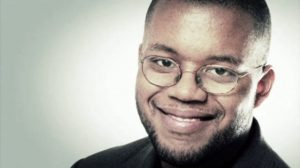 Jayson Blair was one of the brightest plagiarists, who had ever worked for New York Times. His first efforts were undertaken, when he was writing his college papers, and 2003 became a sign year for him as 36 his articles were admitted either plagiarized or fabricated. The boost to this even was given by Macarena Hernandez, who spotted a copied passage from her own article. Most of the described by Blair locations turned out to be explored by other writers, while Jayson had never visited these areas. The provided evidence ruined Blair’s career and brought down two editors too. 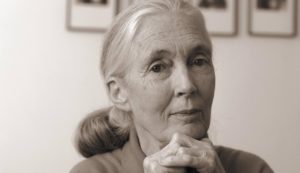 Many people heard about Jane Goodall as an activist, who calls for protection of many endangered species. She has conducted a research about the life and behavior of chimpanzees and offered it in her book called Seeds of Hope. Released in 2013 the book received not very positive feedback because some parts contained in it were taken from many different sources but not marked as citations. Such accusations in plagiarism made Goodall edit and revise the book afterwards.

Born at the end of the 19th century Keller has managed to overcome her blindness and deafness to become a real leader and influential person. But still she was also a victim of plagiarism scandal that concerned her early work “The Frost King”, a story of 11-year-old Helen. She was accused of retelling Margaret Canby’s story, though Kernel has admitted that it happened accidentally.

The enemy of Charles Darwin, the founder of London Natural History museum and a famous biologist Richard Owen is considered to be a plagiarist because he used to steal credit from other scientists of his time. Willing to look better than he was in reality Owen was trying to take the recognition of Gideon Mantell, who discovered dinosaur bones, or claim to work as a Professor in one of his articles.

William Lauder hasn’t stolen one’s ideas to show them as his original ones – his plan was much more bewildering. His efforts aimed at John Milton’s Paradise Lost: he wanted to present this work as plagiarism. To reach his target William had to edit the poets’ works written in Latin by inserting lines written by Milton. Having acquired support of a famous dictionary author he showed his work to public, but his fraud has fallen apart as there were mistakes in his Latin translations and his supporter admitted his lie. 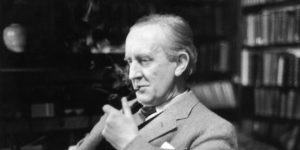 A renowned author of The Lord of the Rings has also suffered from plagiarism accusations. There was no Plagiarism Checker at his time, so more and more people, who have read Richard Wagner’s epic opera, agree that both epics have very much in common. Tolkien has never refused reading Wagner’s texts, but the only thing he admitted was inspiration for writing. Now, there are many misconceptions about how to distinguish inspiration from stealing ideas, but still the question remains unanswered.

There is hardly any other writer, who has written so many exciting biographies of famous people than James MacKay. His heritage is more than 100 books, though not all of them were recognized completely unique. One of the greatest scandals was connected with Robert Bruce, who convinced MacKay of plagiarizing 95% of his text from Bell’s biography. Moreover, James was grateful to the society that had already stopped its existence before he was writing a book. There was another scandal with John Paul Jones’s biography too, so most of the book copies had to be destroyed.

Can you plagiarize officially? It is a difficult question, but there is an author, who called his style of writing cut-and-paste one and gained popularity due to that. Quentin Rowan has been releasing such books for many years, until he was accused of plagiarism by fans of James Bond. Having admitted his fault in one of the blogs he explained his actions by lack of skills and made his existing book copies real best-sellers due to that. 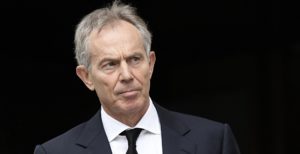 Plagiarism in politics is one of the most often accusations nowadays and Tony Blair couldn’t escape from it. Trying to justify Iraq invasion he took material from one of the theses written by a professor of the Californian University and even preserved errors contained there. What a great disappointment for a politician to have such accusations!

These are only some of the plagiarists from our long history, though their cases have rocked the world. In reality, the number of great plagiarists is much bigger, but there is little evidence of their fault, only numerous discussions.

Despite the fact that all these people have gained something due to plagiarizing, it does not mean that they were not punished for this misdeed too. Some of them have lost their career, while the others are still being discussed as there is no single right decision about their creations. The only obvious consequence is the fact that all of them were called plagiarists and that title can’t be called an honorary one.

10 Of The Worst Plagiarists In History

Overview and Reasons to Try Educator for a Day
Plagiarism and Ethical Issues
Thank you for subscribing!

One thought on “10 Of The Worst Plagiarists In History”