These words of wisdom spoken by Oliver Wendell Holmes Jr. resonate in a most peculiar way. The strongest messages can often be carried in the shortest sentences for they can bring to the conscious mind major, yet simple truths people tend to forget. The human brain is simply a work of art polished by millions of years of evolution and truly is magnificent. The human’s brain potential is almost infinite, which is why when a mind is indeed stretched, it will most likely not go back to its original dimensions, it will evolve and grow further. At this time in history, the world is facing a time of massive changes in so many spheres of life, and so now more than ever, individuals must collectively engage in developing their potential not only for them but for society. Humans have the right, and moral obligation to stretch their minds. They have the right, and moral obligation to fight for this incredible ability. They have the right and moral obligation to educate themselves, and never, ever should the accessibility to education be restrained in any way. Education should be forever, and always, inherent to the Human race.

The cost of living is increasing rapidly, the gap between social classes is widening, and the ugly truth resurfaces from time to time in sociological and economic studies: 1% of the world holds more wealth than the other 99%. When reading such statistic, many people may feel powerless and vulnerable. How did history take such a turn when so many of our predecessors from all around the globe, from America to Europe, fought frenetically for this never to happen again? “An equal distribution of wealth”, mankind longed this for so long.

Democratic structures have been established for the longest time because to this day, they still represent symbols of peace, brotherhood, and justice. Unfortunately, these structures do not come for free, they require sustained work, and by work this means they must be constantly fueled by humans, never to be left unattended. At all times individuals must remain active participants in their political life, and ready to take action when the opportunity presents itself. Political action can start in school like it can start in the street. That being said, democracy can make humans sleepy because of its soothing nature, and such statistics prove that very accurately. In today’s world, the human race no longer lives in a democracy, but in an oligarchy, which means that it is governed by a group of few.

The article 26 of the Declaration of Human Rights, conveys an important statement that shall not be forgotten: “Everyone has the right to education (…) and education shall be directed to the full development of the human personality and to the strengthening of respect for human rights and fundamental freedoms”. This declaration was drafted in 1948 by representatives from every corner of the globe, by people from different backgrounds, different origins, different cultures, but with one and only goal, which was to ensure fundamental rights, rights that belong to every human, regardless of their background, origin, and culture. Article 26 of the Declaration of Human Rights formulated the obligation for states to ensure that “education should be free, at least in the elementary and fundamental stages.” As for secondary and higher education, the international human rights law states that it shall progressively become free of charge. Unfortunately, it seems like somehow along the way, the project of making higher education free was forgotten. As a matter of fact, civilized countries have been increasing their tuition fees over the years. In 2011, the country of Ireland ranked amongst the highest in educational fees for superior education. To name only a few, countries such as Canada, USA, UK, Japan, and Australia have been increasing their enrollment fees as well, and this is a phenomenon that extends itself more and more. In 2017, the school debt of USA students is of 1.4 trillion. In several other countries, the debt is rising as well. This number is truly frightening when in 1948, many nations all over the world aimed for free tuition in higher education. So, what may have caused all of this?

For many specialists, it seems this phenomenon can be explained by the ethics of neoliberalism, a political ideology which is considered rampant in several states of the world. “Neoliberalism is a modified form of liberalism which tends to favour free-market capitalism ». In other words, many governments now establish politics that are primarily favourable to the economy, and education is not being spared from that logic.

In today’s world, education has become a form of merchandise, and many politicians are reiterating arguments such as: “higher education is a costly service to the public”, “higher education must be financed by the individual who wants to further his studies for it is a privilege”, “the state cannot frenetically throw money away”, “the debt will drastically increase” etc.

Unfortunately, these arguments lack substance for several reasons, the first being that “no money for higher education”, is simply a political argument, and not an economic argument. A good example would be the United States of America. Military expenses have always been known to be extremely high in the USA. In fact, the country will have spent 4.8 trillion dollars on the wars in Afghanistan, Pakistan, Iraq.  As for the fiscal year’s budget of 2018, the USA will have 4.094 trillion in its hand, which means that if the USA were to use only 34% of the 2018’s budget, it would completely cover the 2017 school debt. Some would argue that 34% is high, but what about the 4.8 trillion they used for war? The USA literally spent a whole year’s budget on war. This is 100% of the money directed towards a cause that does not make individuals grow, but crumble… If education is not yet free in the USA, it is because of choices that were made by the politicians, not because of economic impossibility. If the USA representatives and leaders decided to spend such a horrific amount of money in war, most certainly they can decide to invest money in education. In the end, it would mean to invest in their people.

The USA can be taken as an example, but many other countries find excuses not to fund higher education. In 2012, students went on a six month strike to prevail the Jean Charest liberal government of Quebec, Province of Canada, from increasing the university school rates of 75%. Again, the liberal government said this hike in price was necessary, stated the national debt absolutely had to be reduced, as well as saying that the costs of higher education were already lower than in the rest of Canada. Unfortunately, these arguments were again, empty.

This strike was fuelled by something else than the simple disagreement of a hike in school fees, it was fuelled by a project, an idea that had been tarnished and undervalued by successive governments. This mobilization was a cry for social justice, liberty, emancipation. In their march and their screams, you could hear, if you listened carefully: “Article 26”.  Such lasting and important mobilization had never occurred in the history of Canada. Students voted NO, took the street and manifested for these increased rates to be abolished. Education is NOT a merchandise because education is priceless. It has no market value, only human value.

Education should be free because humans have inherent right to be educated, it is a fundamental right. Education is a tool that engages metacognition which is thinking about thinking. Metacognition liberates people from immediately taking in what they are told, and creates a pause in the cognitive process, for them to become not only those who listen, but those who can also tell, and question. Education, allows human beings to go further than simply reproducing, it gives them the ability to create, to innovate, and progress. Higher education can allow an individual to specialize himself, to master his abilities, and to reach his full potential in a certain field. If there is a possibility to grow, no limitations should be imposed.

If we take for example Scandinavian countries such as Denmark, Sweden, and Norway, they are considered some of the wealthiest countries in the world and have managed to keep that status with all the money they have invested in education. The reason is quite simple: education creates wealth and an educated society, will be more likely to perform on an economic level for education rises along with innovation, progress, and production. It is also important to keep in mind that what rules the world is not money, but people. It is often heard how the rich want to keep the people dull, for they can keep the wealth for themselves. This would make sense since through the course of history, in a position of power, men have often behaved in a corrupt and tyrannical manner to preserve status quo. The flaw in that logic is that wealth does not create itself on its own, at one point or the other, the ’empire’ can fall if no individual ensures the creation of wealth.

As for other arguments against free education, some would say that too many educated minds are not good for the market and that it may create an excess of unemployment for professionals. That being said, if we look at the state of Earth right now, it would actually be more important than ever to have educated minds since the human race if facing major environmental changes and climate shifts. Many scientific reports have stated that these transformations are due to human activity, and so it is now imperative that humans rethink their way of living and for people to widen their horizons, learning is required; education is required.

Higher education must be free, and stop being seen as this gift or incredible privilege. Education is again, not something luxurious, it has nothing to do with privilege or luxury, it is something that humans are all entitled to, regardless of where they are from, what they look like, or how much money they have in the bank. Free education is often seen as a taboo because it is considered as something that serves individual only when it benefits all of the society. Politicians will, of course, say that by increasing student tuition fees, it will increase taxation. This again, is not a solid argument, for the government has already a lot of money in its hands, and so the question of free education is not a question of finances, but a question of political will. Finances can be managed more rigorously and strategically, and so if some countries don’t offer free higher education, it’s not because it is undoable, but because it is not a priority. 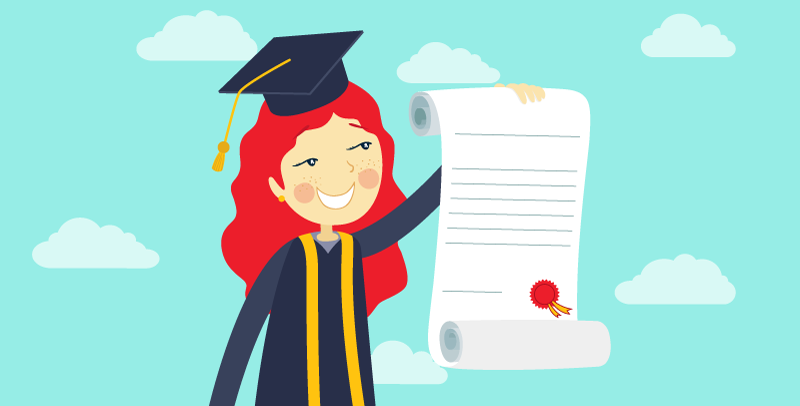 This essay explores only the surface of the topic of free education because there is so much more to talk and to learn about. In a near future, it would be interesting to examine the exact numbers for government expenses in several areas of the world and establish whether or not the correlation is strong between democracy and education.

To conclude, as much as education should not be seen as a privilege, in today’s world it literally is a privilege. Tuition fees cost thousands of dollars per year, and so the financial aspect makes it difficult, but some students are lucky enough to live in a safe country that actually allows them to study without feeling threatened or afraid. In many parts of the world, children can’t even attend elementary school, women are not even given the chance to educate themselves, and some governments willingly keep their citizens within the confines of ignorance.  Of course, to make this world more beautiful, it takes a lot of time and effort, but freeing education would be a good place to start.

An Educated World. The Path Towards The Real Land Of The Free