Adolescents have so many extracurricular opportunities that it can be difficult to balance them all.

They are expected to keep up satisfactory grades, join clubs, play sports, volunteer, be social, and have a part-time job. For many students, this means sacrificing sleep. Unfortunately, without proper sleep, it can be hard to keep up with the fast pace and hearty schedules that so many adolescents have. If students do not get enough sleep at night, it can cause them to become agitated, worn-down, apathetic, and tired. Without their full focus and energy, students’ grades may suffer, as may their drive to partake in fun extracurricular activities. If students are not getting enough sleep on a regular basis, they may become stressed out and even sick. Analyzing how extracurricular activities affect student sleep will help people to understand the importance of getting the proper amount of sleep each night. It will also push students to realize how excessive amounts of extracurricular activities can be more harm than help.

A study conducted among senior high school students in Greece showed that many students complain about a lack of sleep (Lazaratou et al., 2005). The study included 713 students ages 15-18, with a fairly equal representation of genders, from three high schools in the Athens area. The students filled out a survey with questions about sleep and an additional five questions from the Athens Insomnia Scale.

Adolescence is a crucial and erratic time in life, so proper sleep is extremely important for stability. Sleep habits contribute to academic success and overall stress level.

The time students go to sleep at night and wake up in the morning determines how well they will function throughout the day. The study showed that many students complain about insufficient sleep, a majority of which are females. Sleep complaints also varied among schools. Students attending general education schools with hopes of acceptance to universities tended to get more sleep on average per night than those attending technical schools. This shows that academic success is closely correlated with plentiful sleep. Sleep complaints were different for each grade at the schools as well. The second grade tended to complain more than the first or third grade about insufficient sleep. Through these results, Lazaratou et al. were able to determine a negative relationship between academic achievement and discontent with sleep. Although this study was conducted in Greece, its findings are in line with studies from various countries, including the United States. Sleep complaints are found to increase as students get older. That is why it is important for students to realize early on the significance proper sleep has on how well they function. 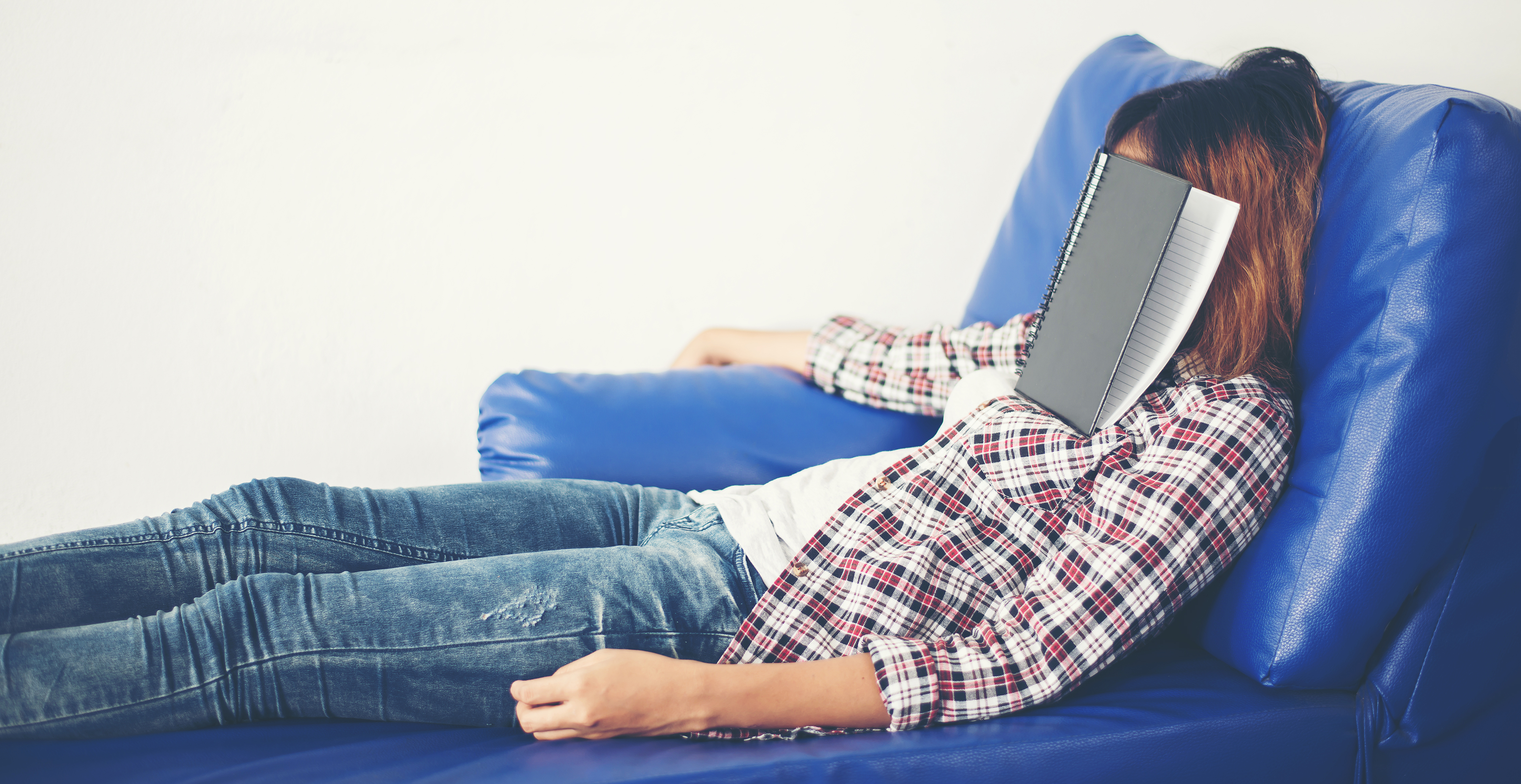 Many pediatricians diagnose students with a mental illness, like depression, without considering the lack of sleep as a cause of fatigue, apathy, and moodiness. The National Sleep Foundation executed a national poll to collect data about how much sleep on average adolescents receives.

Many students claim that optimal sleep is not achievable because of their busy schedules. With schoolwork, part-time jobs, volunteer work, and other extracurricular activities, time for sleep can become an issue. Carskadon, however, offers some solutions. As students get older their circadian rhythms shift to be more inclined to going to bed and getting up later than at a younger age. This does not mean adolescents need less sleep in their teenage years; they still need the same amount as before to maintain homeostasis. Many students’ complaints about inadequate sleep could be affected by the amount of light in their rooms. Students should have less light in their rooms if they have trouble getting to sleep at night. This can be implemented by turning off their televisions when they go to bed or sleeping with their doors closed. Students who complain about having too much to do can fix their overscheduling problem by making choices. Instead of trying to do everything, students can decide what they enjoy most and still have time for sleep. There are further measures that school systems can carry out to promote healthy student sleep, but even students can make small changes to ensure proper sleep habits.

Sleep is also important when it comes to physical health. Steele conducted a study on how sleep debt affects a student’s ability to do physical activities and maintain weight. The study was conducted among 110 middle school students. Steele found that amount of sleep and screen time are adjustable behaviors that influence a student’s ability to maintain a good physical health. He found that sleep debt is a viable predictor for sleepiness during the day.

A major factor in sleep debt is screen time. Students who spend more time using electronics tended to go to bed later. Steele found that the electronics were competitive inhibitors for sleep.

It was also found that sleepiness during the day was a teller for physical activity level. Sleep is very important to maintain physical activity and a healthy weight. Extracurricular activities can also cut into sleep time, but many students see the advantages of the opportunities that come with participation over their physical well-being.

In our study, we wanted to find a correlation between the about of sleep students receive on average and a number of extracurricular activities in which those students participate. We created a survey that includes seven questions about different types of extracurricular activities (sports, church gatherings, part-time jobs, clubs, etc.), two of which were follow-up questions based on how students replied to previous questions. We also included three questions regarding the students’ sleep (bedtime, wake up time, hours per night). We added three questions for data analysis (gender, school, and grade). The survey consisted of two final questions regarding how long students spend on homework on average each night, and how long they spend on electronic devices (cell phones, social media, video games, television, etc.). After approval from our instructor, we uploaded the survey to a website called SurveyMokney. The instructor then opened it up to the public. She sent invites to all the Piedmont Governor’s School students through their emails. After we received a decent amount of responses, our instructor closed the survey so we would not receive any further responses. We then analyzed the data we received.

Tunstall had the largest response with 37.84%. George Washington was close behind with 35.14%. Chatham had a response rate of 13.51%. Both Gretna and Dan River came in with 5.41%. Galileo made up the smallest portion of the group with 2.70%. There was an almost equal amount of juniors and seniors. Slightly more seniors responded, making them represent 51.35% of the study. Juniors made up 48.65% of the study. Many of the participants were involved in five or more clubs at 45.95%, while 37.84% participated in three or four clubs. Students who participated in one or two clubs made up 16.22% of the survey.

We had many limitations in this survey. There was not much diversity amongst the Piedmont Governor’s School students, racially and academically. A majority of the students were white, and all of the students were of high academic standards. Another limitation was the convenience of sampling. We only surveyed students from the Danville site of the Piedmont Governor’s school, causing bias. We also had to throw out some survey responses that showed obvious signs that the participant was giving joke answers. The survey size was small due to a low response rate, and we cannot ensure the validity of the respondents.

This survey could be very helpful for sparking future research. Although we analyzed many factors that influence student sleep, we did not look at the strength of schedule for the students. Future researchers could look at how taking harder classes along with participating in many extracurricular activities affects student to sleep and academic success. The new study should survey a much larger, more diverse sample. This topic is very important to continue to study because it shows that student behavior, as well as other factors, can be modified to help students achieve higher academically and remain healthy.

Extracurricular Activities and Their Effect on Student Sleep

Udemy – a popular online learning environment
The Internet: Are Children Smarter or More Social Because of It?
Thank you for subscribing!

One thought on “Extracurricular Activities and Their Effect on Student Sleep”