Time flies and we should try to keep up with modern trends. The same concerns educational establishments that try not to follow behind the technological boost. Modern edu institutions have changed significantly for the last dozen of years.

When grannies come to school to take their grandchildren home, they can only get surprised how different everything looks like. Let’s dive into the past and remember what we used to have in our old classrooms and how all that was substituted by innovative devices.

Many teachers are not ready to admit the rapid progress that takes the world by storm. Many tools and materials they used are outdated now. That is the reason for educators to look back in the past and evaluate if none of the past technology is still used and is on the way to substitution. 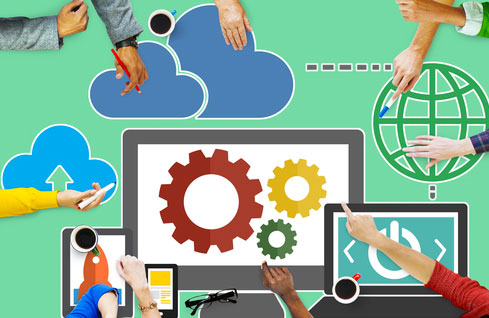 Undoubtedly, it is impossible to imagine learning without used for decades pens and pencils. But there is a variety of other technology that used to characterize schools of the past including:

With the appearance of computers children and teachers required hardware to exchange information between each other. Floppy Disc became a breakthrough as it could store up to 1.5 Mb and was compact. Today this device of the past is no longer used. It was replaced by external hard discs and cloud storage so those plastic black squares have lost their significance.

It may be a discovery for somebody but previously important information was stored on microfiche in libraries and archives. Researchers had to look through long pieces of film to find necessary information as it held up better with time than paper.

Modern online databases can hardly compete with this past experience.

Recently, it seemed that there could not be a better device than TV and VCR Carts to show video and films. Unfortunately, even they have gone outdated. Their functionality is poor in comparison with modern devices. Using up-to-date technology you are not restricted to a couple of file types, sources of material and its quality.

It is natural that we are not ready to refuse from using paper in education fully but many students and teachers have already found an alternative to customary lecture note taking. Teachers stopped using printed lectures while students deny making notes in the exercise books using their pens. It is much easier to listen to the recorded lecture or make notes right on the laptop or tablet. You can forget about bad handwriting, phrases cut off from the content, aching wrists as technology has simplified the note-taking process significantly. 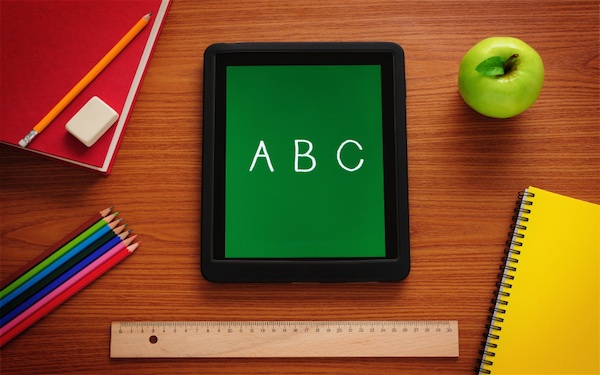 Many of us would miss chalk boards as it is impossible to count how much time we used to spend cleaning it. Modern students who come into the classroom usually see a whiteboard or even a Smartboard instead. They never hear that annoying sound when a chalk scratches the board or spend their break washing the duster in the sink.

A blackboard can be seen in some of the modern classrooms thanks to the teachers who adore writing on them but there is a tendency around the world to replace them with Smartboards in the nearest future.

Twenty years ago it was surprising to see a tech student without a calculator. Today it will seem strange to see a calc in the hands of the contemporary learner because there is no necessity to take it with. It does not mean that students have become so smart that do not require calculators. The fact is that almost every mobile phone, laptop, tablet have a calculator so the old machines can rest on the shelves already.

Learning foreign languages it is very important to listen to native speakers. Previously they were recorded on tapes or CDs that were played by record players. Fortunately, today it is a history already as the variety of devices to play audio is enormous and it is much easier to play back, repeat or record the voice using them. Think only about software for a computer or an app for a mobile device – they can easily substitute the old record player.

It has always been prestigious to have such books as encyclopedias and dictionaries at home. They were rather expensive and rare and many students could access them only in libraries. Today you can hardly find a person who will spend money on a similar paper edition unless it is not his passion. All the information from these books is available online. You can look through any references without leaving your home and spending that valuable time.

These are technologies that can be seen in one or two classes out of a hundred. They are getting extinct and soon only memories about them will stay with us. At the same time, there are other technologies in schools and colleges that in the nearest future will be substituted by modern devices including:

It would be strange if education did not undergo changes when everything alters incessantly. Technology has made its significant contribution to the modern educational process and as a result, many things that were used before have become old-fashioned and unnecessary. In this article, we have recollected all those technologies that were an indispensable part of studying in the early 2000s and have been substituted by better analogs used today.