In the past forty years, college tuition costs have risen dramatically, well above the inflation rate and far exceeding the growth of other major costs such as medical costs.

These higher costs could negatively affect the U.S. economy as a whole by building up student debt, which in turn inhibits consumer confidence and spending. However, determining the cause of this trend towards increasingly expensive education can be complex due to the numerous factors that affect the education of all levels. However, economic research shows that colleges are receiving fewer funds from the government and other sources while competing to attract more students; all the while, students are finding that college is more necessary than ever due to a stagnating job market and more graduates to compete with. These conditions have created a vicious cycle which results in consistent increases in tuition costs.

Colleges today are in an increasingly worse economic situation because of greater competition for investment and students. However, not all institutions are equally equipped to compete – in fact, the few wealthiest colleges in America have a significant economic advantage over the others. Moody’s, a financial analytics company employed by organizations worldwide which investigate the conditions of various industries, found that financially leading universities attract a disproportionate share of philanthropic support, which can then be invested into academics, research, and facilities – widening their competitive gains. Students, especially top-performers, are attracted to the academic opportunities and new, cutting-edge facilities that these schools have to offer. Thus, the wealthiest colleges tend to stay wealthy and attract a strong student base. This economic divide among colleges has prompted smaller, lesser known colleges to upgrade their own facilities in an effort to attract more students, spawning an “amenities arms race” to provide the best, most luxurious services at the cost of hiking up tuition rates. These amenities, such as state-of-the-art recreational facilities and new dormitories, do not improve educational quality, but serve as bait to draw in more student enrollment, reports Jenna Robinson, the president of the Martin Center for Academic Renewal, a non-profit dedicated to improving higher education. In fact, as reported by Daniel Luzer, a journalist for the Washington Monthly, an organization with a focus on economic and civil reform, these colleges, such as George Washington University, oftentimes will even prioritize these amenities over academics, all the while raising cost to appear more “premium”.

Additionally, during times of recession, government funding for colleges gets cut. In response, universities pass extra operating costs onto students. The Delta Cost Project, a program under the American Institutes for Research (AIR) analyzing trends in college spending, found that from 2001 to 2011, government subsidies dropped to the lowest point in a decade and were continuing to trend downwards, while “for the first time at four-year colleges and universities, students now pay half or more on average of the full institutional cost to provide their education”. The result, per statistics from The College Board, a nonprofit dedicated to expanding access to higher education, was a significant jump in the percentage increase of college tuition, from an annual increase of 1.0% in 2009 to 9.4% in 2010 for public four-year universities. 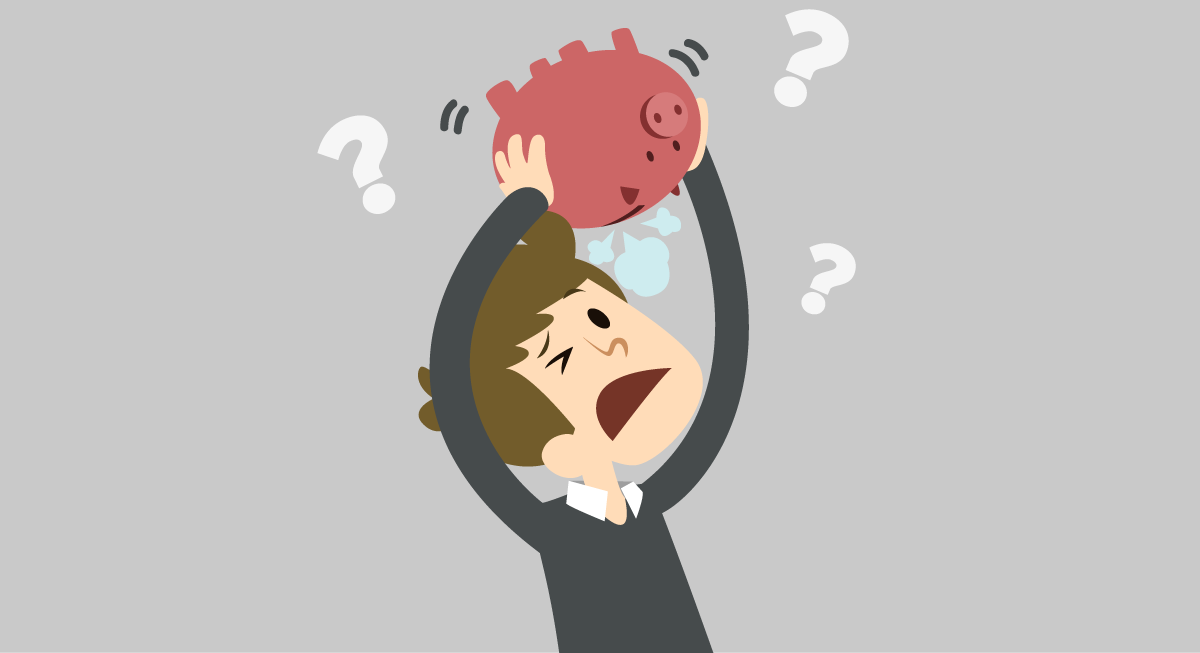 Rising tuition costs also could not come at a worse time for students; college-level education is becoming more and more necessary for success in today’s economy, with increasing pressure on today’s students to pursue post-graduate level education. A study made by the University of Tennessee College of Pharmacy estimating the economic viability of various paths to pharmacy projected that despite the cost of education and delay entering the workforce, college graduates would break even with high school graduates by the age of 30. Joining the pharmacy industry right out of high school was determined to be extremely unfavorable, while those who pursued post-graduate degrees benefitted substantially more, netting as much as $570,000 more than high school graduates and $465,000 more than bachelor’s degree holders by the age of 35. These findings are not just restricted to the pharmacy, however- the prevalence of bachelor’s degrees has decreased their value indiscriminately, pushing students to pursue even higher levels of education, while leaving those without any degree in an even worse position. Robert Valletta, the Vice President of the Federal Reserve Bank of San Francisco, has observed that the economic gap between those with postgraduate degrees and bachelor’s degrees has steadily widened from 1980 to 2013, with individuals holding a post-graduate degree in an increasingly favorable labor market situation compared with (those with bachelor’s degrees). He also reasons that this trend will continue in the future as new workplace technologies replace workers whose job tasks are largely routine in nature, which will disproportionately affect white-collar jobs held by bachelor’s degree holders. Thus, for current and future generations, a bachelor’s degree and, eventually, a post-graduate degree may become an economic necessity.

However, despite the necessity of college education, high tuition prices are causing students to pursue paths which offer limited chances for success. According to William Doyle, a Professor of Higher Education at Vanderbilt University, students are becoming increasingly debt-averse and are seeking alternative paths to pay for college aside from borrowing, like going to community college first or getting a job during college. However, the likelihood of finishing college along those paths is significantly lower. Thus, elevated tuition costs are pushing students to pursue less viable options which set them up for failure in the long run.

Thus far, the U.S. government has taken a hands-off approach to the issue, providing subsidies to college institutions and student loans to students. However, these actions may be exacerbating the issue. In a study determining whether various economic factors influenced the demand and supply for a college education, Katharina Best, a financial systems engineer, and Jussi Keppo, an economist at Aalto University in Finland, asserted that colleges may be taking advantage of the ready availability of student loans by raising prices as high students can borrow. Doyle also affirms this, citing several studies that found that a slight rise in tuition cost has followed the passing of legislation increasing the availability of student loans. Additionally, the hands-off approach may not be appropriate considering the amount of money the government invests into higher education. Doyle finds that compared with its interventions in K-12, where federal funding covers 9 percent of total revenues, the federal government barely utilizes its power over higher education, where federal funding accounts for 14 percent of revenues. Because government investments make up such a significant portion of college funding, efforts should also be made to ensure that those funds are used to help students, rather than develop unneeded amenities or increase profit margins. 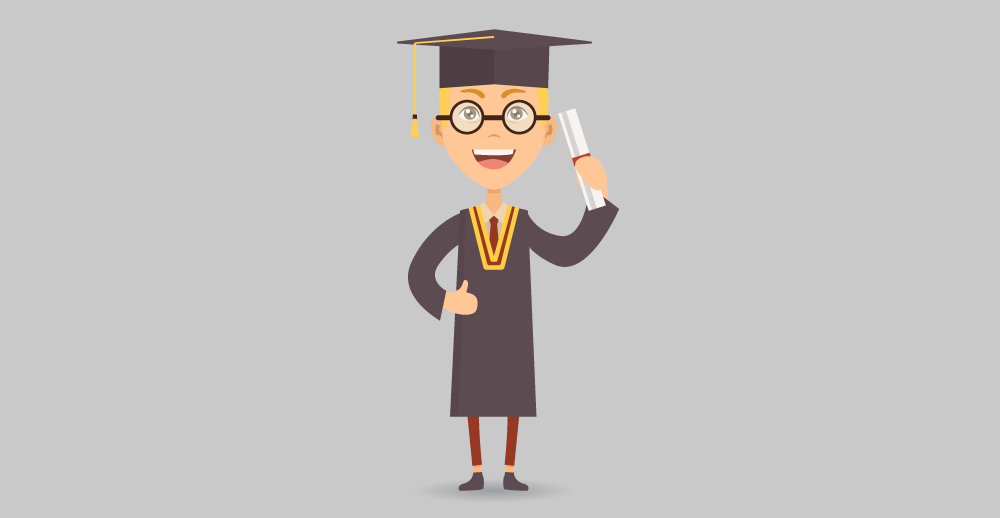 In the context of a competitive economy spurring greater demands for higher education, the rising cost of college hurts students, in the long run, pushing them to pursue riskier options to pay for college that may result in failure to complete their degrees. This trend will continue as long as regulations on colleges remain lax, allowing them to increase the price with inevitably growing demand while building amenities rather than improving education to attract enrollment. However, the needs of colleges, especially those with fewer funds available, must also be considered, as these needs are what drive costs up. A balanced solution considering the perspectives of all parties involved is needed in order to prevent tuition costs from increasing further.

Is Wolfram Alpha Better Than Google? | Noplag Review
How the Internet and Technology Have Improved Education
Thank you for subscribing!